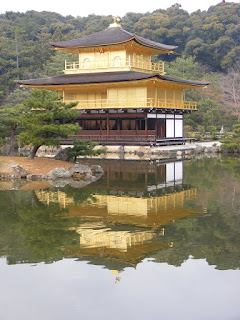 If you haven’t figured it out yet, I’m a big, big fan of multicultural fiction. Not only do I get to learn about new cultures, civilizations, but I get to ‘travel’ to new places. Very cool.


I tend to be bias to Asian fiction, but you can’t blame me after living in Asia for 10 years! I was thinking about some of my favorites, while at the same time looking for new stuff that you might have found. So here’s a quick list of good reads, but please add others that you know of in the comments section. I'm always on the hunt for book recommendations!

Here’s some of my top reads that I’ve taken some liberty categorizing. 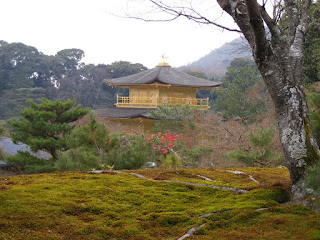 Silver Phoenix by Cindy Pon (YA)- adventure set in China

Across the Nightingale Floor by Lian Hearn (YA)- set in Japan 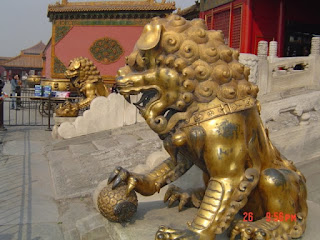 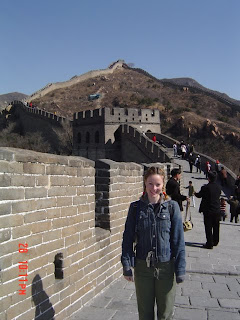 
The Ancestor Series- by Jeff Stone (MG)- set in China 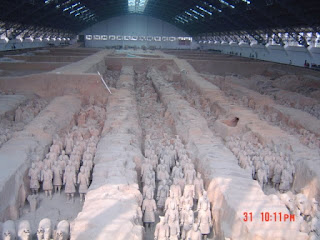 Sea by Heidi Kling (YA)- set in Indonesia (haven’t read this one, but it’s on my to-read list)


Archer’s Quest by Linda Sue Park (MG)- set in the US, but with a character from ancient Korea

Note: The first two pictures were taken in Kyoto, Japan and the last three were taken in China. And I'd like to add, don't be fooled by the impression of peace and tranquility you might feel at looking at the pictures of the Golden Pagoda.

My two boys were very, VERY busy creating havoc by climbing rocks and throwing pebbles into the pond, disrupting the perfect reflection. So while most remember this beautiful setting with serenity, I only remember chasing two little boys and repeatedly apologizing to tourists.
Cooked up by Christina Farley at 6:12 AM

Wow! Love the photos. Great list. I've only read A SINGLE SHARD, so obviously I've got some reading to do!

Wow! Great pictures and a great list. I don't think I could add to that list if I tried. Awesome.

Wow! Great pictures and a great list. I don't think I could add to that list if I tried. Awesome.

Thanks for the list. I've only heard of Cindy Pon's book. My parents used to live in Thailand, so I was lucky to at least visit that Asian country. I loved it there.

Part of North of Beautiful by Justina Chen Headley takes place in China.

These sound incredible, thanks for the list! And what would it be like to live in Asia for 10 years?! I have two sons who lived in Japan for 2 years each on missions, and they came back slim and trim, and in love with all things Japanese.

I've read a few of the books on your list and loved them. Adding the rest to my (enormous) reading list! Thanks for the suggestions. :-)

Great list - thank you! I haven't heard of any of them; I will have to check them out!

I think it's only fair that you love Asian literature since you've been living in asia for 10 years!!!

I don't know any of these, but naturally it's because of the location! Thank you for sharing though!

I really liked Silver Phoenix too! I really want to read Sea also. What a great list of multicultural books!

Thank you for the list. These all look like they'll make great reading. :D *adds them to my TBR tower*

thanks for sharing, here's 2 multicultural books I loved:

Farewell to Manzanar- set in US with Japanese characters

Mornings in Jenin- set in the middle east and US.

Especially love the Japanese photos. Have read the Paterson, Park, and Grace Lin. There are so many wonderful books.

Great pictures, Christina. My boys are the same way whenever water is near. Looks like you have a very impressive list going here!

Oooo, fabulous list! I have SILVER PHOENIX in my TBR pile. I should be getting to it soon.

I haven't read them, but what about the ANCESTOR books by Jeff Stone (I think). They have animal names, like Monkey and Dragon, and deal with martial arts...?

What an AWESOME list! Oh my Lord, there are so many places I need to post this and I'm putting a link up on my site in a few minutes. This is cool. THANKS!

BTW, the chopsticks arrived, they're gorgeous, we've used them already (first night we had 'em I happened to serve Chinese) and I intend to write a post around them. LOL

Stina- North of Beautiful. I must check it out!

Karen- that is so cool about your sons. Japan is a lovely country.

Fida- Oh, those two sound really good. I'll have to check them out.

Beth- Yes! You are so right! Jeff Stone is such a great author in that he really knows how to connect with kids. I'd love to see him speak. I've heard he's awesome!

Victoria- YEAH!!!!! I love that you love this stuff as much as I do. I can't wait to add your books to this list. Glad you got the chopsticks!

http://www.huwy.eu/ie/result/file-sharing-recommendations http://www.astronomylive.com/video/2575/moon-shot-iss-and-hubble-flyovers-041711
This virus or whatever it is won't let me access windows internet explorer. When I try to start in safe mode it says something like sorry for the inconvenience your computer won't start in safe mode. I want to run a malwarebytes scan and delete whatever this is, what can I do? Please help.
unlock iphone 4 unlock iphone 4