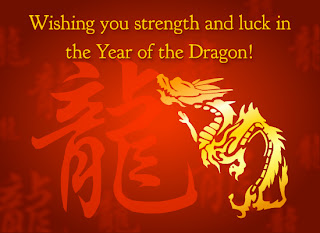 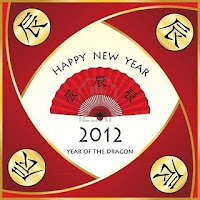 
Happy New Year!
Thanks to Real Image for the lovely pictures.
Cooked up by Christina Farley at 12:00 AM 9 comments: 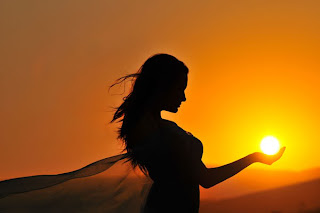 We all have dreams, secretly stowed away, waiting to be fulfilled.

When I was little, I dreamed of being a singer, dancer, or even a writer.


Yep. That was me twirling around the house in tutus, singing at the top of my lungs. Or hidden in some cramped corner writing silly poems about dolls and mapping out imaginary worlds.

Then one day I realized a couple of things:
1. I didn't want to leave my family and go to ballet boarding school in New York (yes, I very nearly did).
2. I could sing (for my family).
3. And I could write (crap that is).

So I gave it all up. All of it, and I did different stuff. Like piano and rock climbing. But deep in my heart of hearts, I still loved to dance, secretly sang in the shower and daydreamed up imaginary worlds.

One of those dreams came true for me a while back when I took the plunge and auditioned for characters at Disney World. I ended up dancing in their castle show for a number of years before moving overseas. It was an amazing experience, but I would never have done it if I'd allowed myself to believe I wasn't good enough.

And then after that was over, I started thinking about that other dream I had. Writing. I sucked at it. Big time. But the love and passion were still there, deep inside me, aching to come out.

So I took the plunge and started writing again. It was hard and it still is. But I'm ready to learn. I'm ready to take on new challenges.

There's something to remember about dreams:
1. You must be willing to do what it takes.
2. If you want MORE, you have to get up and MOVE.
3. Don't stay stuck in your old patterns.
4. Write those dreams down, stick them on the walls, remind yourself why.

What must you change to make those dreams reality? Make your list. I've made mine. And I'm chasing them.


Tonight, wish upon your star.
Cooked up by Christina Farley at 8:59 PM 15 comments:

Have You Ridden Any Coasters Lately? 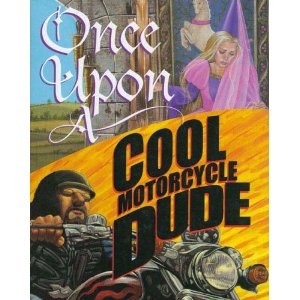 A book I thoroughly enjoyed, as did my students, was ONCE UPON A MOTORCYCLE DUDE by Kevin O'Malley. The fairytale was written by his two characters, one a girl and one a boy. What made this book so special was the illustrations because they match well with the text.

For instance, the girl starts telling the story:
"Once upon a time in a castle... there lived a beautiful princess named Princess Tenderheart."

Then the book takes a full 180 degree switch when the boy takes over the story:
"One day this really cool muscle dude rides up to the castle on his motorcycle."

And the illustrations are full of dark colors: blacks, reds and silvers. In fact, Heyer doesn't illustrate these but it's an entirely different illustrator, Scott Goto. There are words like volcanoes, thunder, lightning, battles, and giants.

I loved how distinctly different the characters were and their point of views. It made the story hilarious (sure it was a little stereotypical) but I couldn't help but think, this is the perfect example of a book that shows point of view switches!

Some great links for writing different POV's are:
Ultimately, it's important each character has their own distinct voice. If you were to open the book and randomly pick out a page, would you be able to identify who's telling the story at that point by the voice?

How about you? Have you written or read a great book with multiple points of views?
Cooked up by Christina Farley at 8:28 PM 6 comments: 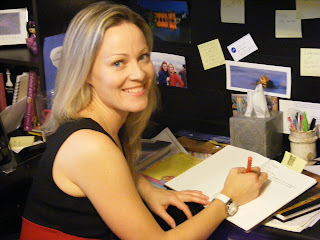 The other day on Twitter I mentioned that I'd sent hubby out to get me a pack of chocolate and Twizzlers to help me with my revisions. I asked Twitter if he was being sweet or escaping. Twizzlers voted SWEET and sent me this really cool Twizzlers pen!
I love it! Thank you Twizzlers for sending me some inspiration.
You can follow them on Twitter too. Click here.
(Oh and ignore my messy desk.)
Cooked up by Christina Farley at 6:00 AM 10 comments:

Email ThisBlogThis!Share to TwitterShare to FacebookShare to Pinterest
Labels: twizzlers 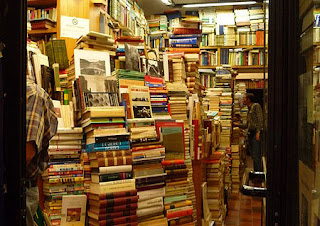 Oh how I love giveaways. They are just soooo much fun. Thank you to everyone who entered! And now I get to announce the lucky ones.


Middle Grade Fantasy Pack: Kaya H
Middle Grade Girl's Pack: Still open for giveaway. The first person to comment saying they want it, gets it!!!!!!
MATCHED: Madison
I AM NUMBER FOUR: Llehn
UNTRACEABLE: Zoe Z
Please email me your mailing address at christinal dot farley at gmail dot com to get your book(s)!

Picture from Absolute Necessities.
Cooked up by Christina Farley at 2:30 PM 5 comments: